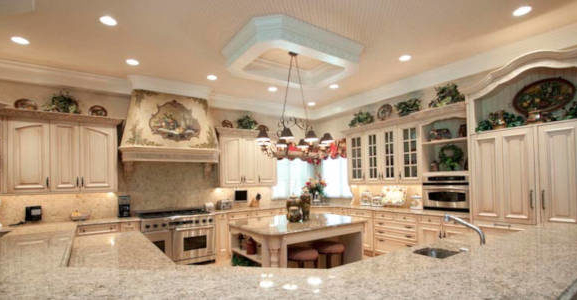 I’m making better than two million a year, but it’s hard work. The luxuries and pleasures I enjoy in my spare time keep me in condition to do that work. Carnegie and Frick have more money than I have, but I’m getting more value for my dollars than they are.

Love and compassion are necessities, not luxuries. Without them humanity cannot survive.

You may be rich, but there is one thing you can’t afford – that is, if you are a good sort – you can’t afford to spend money on your own luxuries while there are people around you wanting the necessaries of life.

Most of the luxuries and many of the so-called comforts of life are not only not indispensable, but positive hindrances to the elevation of mankind.

I grew up with the sea, and poverty for me was sumptuous; then I lost the sea and found all luxuries gray and poverty unbearable.

Give me the luxuries of life and I will willingly do without the necessities.

It is inconceivable that ministers of the Israeli government choose a car whose features are unnecessary luxuries in addition to being produced in Germany.

Give us the luxuries of life, and we will dispense with its necessaries.

One of my favorite luxuries in life is travel. Jet lag and lost baggage aside, it’s an incredible way to learn about other cultures, meet new people, broaden your horizons… and do some amazing shopping!

I don’t need a trailer; I don’t need to have the luxuries of what is Hollywood, which is why I’m probably not so desperate to get there.

On a low-budget film, you don’t have all the luxuries.

Great direction, great acting partner, great character backstory – these are all rare luxuries to have in the room.

The city has to do what any citizen or family does, when you have a dream. You tighten your belt. You sacrifice some luxuries. Above all, you don’t waste a dime.

There is nothing so beautiful as the free forest. To catch a fish when you are hungry, cut the boughs of a tree, make a fire to roast it, and eat it in the open air, is the greatest of all luxuries. I would not stay a week pent up in cities if it were not for my passion for art.

We have no right to luxuries while the poor want bread.

Oh my God, the luxuries we have in America. We just don’t even realize because you live in it long enough and you come to expect it, but when you get to take a step outside of it you really, really get to recognize how blessed we are and how much we have.

I have two luxuries to brood over in my walks, your loveliness and the hour of my death. O that I could have possession of them both in the same minute.

Our generation in the west was lucky: we had readymade gateways. We had books, paper, teachers, schools and libraries. But many in the world lack these luxuries. How do you practice without such tryout venues?

I like movies. Movies have afforded me a modicum of luxuries. The thing about the movies is, if you’re bad in a movie, you’re bad forever.

My grandmother lives with my mother in a gorgeous house in the San Fernando Valley. I am afforded these luxuries, and I’m very young.

Sometimes when we have so much going on, it’s easy to forsake the things that seem like personal luxuries – for example, our morning run. But it isn’t a luxury at all, when it is the thing that allows us and empowers us to face everything else.

In my younger days, I used to visit record shops and covet boxed sets of Beethoven symphonies, Wagner operas, Bach cantatas, Mozart piano concertos. Only rarely was I able to find the money for such luxuries.

Even though I am fortunate to have certain luxuries, sometimes, I am even amazed by what people with money have and do. I want to remind people that just because you might be rich and famous, it doesn’t mean you have to take yourself too seriously.

It’s often hard for us to imagine going without some of our luxuries like travel, dining out, or Internet, much less our basic necessities like food and water. But try for a minute to imagine how life would be with such deprivations.

I strongly believe that privacy is one of the biggest luxuries one can have in life – to have your own private world and not be invaded by the outside.

One of the big luxuries of being in Antwerp is that I can easily walk in the city. In Paris and New York, I am more recognized.

I had many luxuries in life, even before I tied the knot.

I come from the south, so you’re useless, and you’re a bit pathetic. That’s the first thing that the northerners think of you. You’re also from the city, so you are used to having your cappuccinos and your luxuries and getting your chicken from a plastic packet.

It is common to distinguish necessaries, comforts, and luxuries; the first class including all things required to meet wants which must be satisfied, while the latter consist of things that meet wants of a less urgent character.

I don’t understand this pathetic need for luxuries.

I was not interested in luxuries because I had an elegant life as a child. My family, very aristocratic, one of the richest in Colombia, educated me like a princess, in the English style.

The Dream couldn’t tell you the vibe in the NXT locker room, because, quite frankly, I have my own. When you are a Superstar as high up on the totem pole as The Velveteen Dream, you have those luxuries.

Having been on a private jet only two or three times, it’s one of life’s great luxuries.

You take away all the other luxuries in life, and if you can make someone smile and laugh, you have given the most special gift: happiness.

When you go somewhere like Kenya and you see how the children don’t have pencils and pens, and all of these things are considered luxuries, and what a privilege they see education as and how hungry they are to learn, I wanted to give my brother and sister long lectures. That definitely stayed with me.

It’s my life’s aim to make people understand the job of an actor, what they go through, and why they are such a protected species. People see the glamour part of it. But there’s so much stress that often you don’t even pay attention to the luxuries.

If it wasn’t for so many brave people standing up, speaking out, and fighting for equal rights, we might not have all of the luxuries of freedom that we have today. So many unsung people fought for us to be able to live together in harmony no matter how different we are from one another.

There’s a glee in building a world that is constructed on corporate synergy and all the luxuries of our modern life, and then just tearing it apart. I enjoy that!

If you’re a New Yorker, there are two things that are most important: a car and a washer and dryer. Literally everyone else in America has those things! It’s so weird to them that these are our luxuries. You can eat at Per Se every night, but I don’t have a car or washer and dryer!

My stroller of choice is the Graco Classic. It’s the ’70s Buick of strollers, bulky with a complete absence of style. There are no good lines on the Graco. Yes, it has cup holders, like any self-respecting car or stroller does these days, but the luxuries stop there.

What we’re looking at is a future where cars will be comfortable and safe and offer the luxuries of both home and office. That means lots of sensors and software, as well as the critical safety systems to protect the car’s information from hackers.

One of the few luxuries left is travel. And the aspect of travel that is luxurious is not the movement, but the being there.

My background wasn’t one blessed with all the luxuries in life. Nothing is forever and I realize that.

The way I choose to live my own life rates time and space as real luxuries.

I hope that if you are employed full-time, you are doing it to ensure that basic needs are met and not simply to indulge a taste for an elaborate home, fancy cars, and other luxuries.

Produce what you consume; draw from the native element the necessaries of life. Permit no vitiated taste to lead you into the indulgence of expensive luxuries, which can only be obtained by involving yourselves in debt.

For most of the world, civil and political rights… come as luxuries that are far away in the future.

Ah, how many luxuries has the good God prepared for his Jewish children.

Haircuts are luxuries and, as such, should be as expensive as you can possibly afford.

A bespoke shirt is one of the true luxuries that you can acquire. There’s nothing better than a fitted shirt. Once you’ve picked up your first one, you’ll never stop buying them – providing you can pay for it.

Inflation is bringing us true democracy. For the first time in history, luxuries and necessities are selling at the same price.

When we understand the connection between how we live and how long we live, it’s easier to make different choices. Instead of viewing the time we spend with friends and family as luxuries, we can see that these relationships are among the most powerful determinants of our well-being and survival.

It has been well said that tea is suggestive of a thousand wants, from which spring the decencies and luxuries of civilization.

After Fergie and Prince Andrew honeymooned at Le Touessrok in Mauritius, Bobby, my late husband, and I were first to stay in their suite. We enjoyed the benefits – all the spoils and the special luxuries. We practically had our own private beach, and it was most romantic.

Good-quality travel and good-quality food are the two luxuries that I never have any guilt indulging in.

Playing Christ, I began to feel shut away from the world. A newspaper became one of my biggest luxuries. I noticed that some of my close friends began treating me with reverence.

Luxury is anything you don’t need, right? I mean, you need food, water, clothing, shelter… but good wine, good food, beautiful interiors, nice clothes; those aren’t necessities, they are luxuries – it’s all luxury.

If we had only those things which are procured with ease and freedom from danger, we should find the comforts and luxuries, if not many of the necessaries of life, considerably diminished.

When you’re not in studios, you don’t have any luxuries; you can’t control the elements, so you have to put up with those extremes.

The biggest difference for me is momentum. On a smaller film you get to shoot sometimes four or five scenes a day and you’ve got to do the tight schedule. I think I really feel the luxuries of a big budget film.

Luxury is an important, coveted commodity that is costly or difficult to  procure.