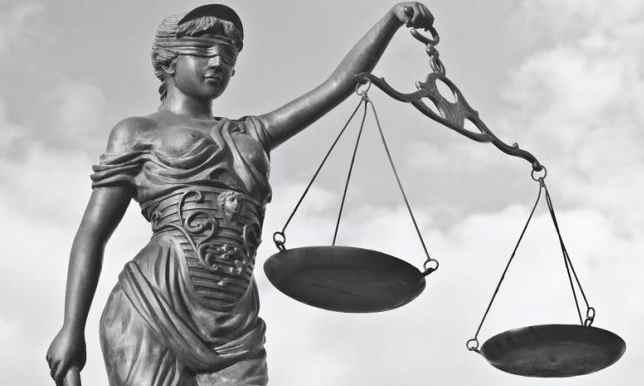 Secularist justices de-Christianized our country. They invented new rights for vicious criminals as though criminal justice were a game. They tore our country apart with idiotic busing orders to achieve racial balance in public schools.

As president, I will only nominate judges – including Supreme Court justices – who will commit to upholding Roe v. Wade as settled law and protect women’s reproductive rights.

Our chief justices have probably had more profound and lasting influence on their times and on the direction of the nation than most presidents.

What secret knowledge, one must wonder, is breathed into lawyers when they become Justices of this Court that enables them to discern that a practice which the text of the Constitution does not clearly proscribe, and which our people have regarded as constitutional for 200 years, is in fact unconstitutional?

If you want a president who will upend the status quo in Washington, D.C., and appoint justices of the Supreme Court who will uphold the Constitution, we have but one choice, and that man is ready. This team is ready. Our party is ready and when we elect Donald Trump, the 45th president.

Hillary Clinton will nominate justices to the Supreme Court who are prepared to overturn Citizens United!

If you don’t believe this election is important, if you think you can sit it out, take a moment to think about the Supreme Court justices that Donald Trump would nominate and what that would mean to civil liberties, equal rights, and the future of our country.

I think justices of all stripes agree that stare decisis is important, but not an inextricable command. It’s not inflexible; it’s not absolute.

I think the nine justices think the solicitor general is the 35th clerk.

What I don’t like is judges legislating from the bench. And as president of the United States, I will appoint justices who uphold the Constitution and who don’t see themselves as a super legislature.

Conservative Justices have a history of not standing by their professed commitment to judicial restraint.

The Supreme Court’s most conservative Justices have presented themselves as great respecters of precedent and opponents of ‘judicial activism’ – of judges using the Constitution to strike down laws passed by the elected branches of government. If they are true to those principles, they should uphold rent control.

Anytime a member of Congress wants to travel abroad – which we do from time to time as part of our official duties – we are required to check with the House Committee on Ethics as to whether the trip follows the ethics rules by which federally elected officials are bound. Not so with Supreme Court justices.

Antonin Scalia was witty, warm, funny, and full of life. He was not only one of the most important justices in the nation’s history; he was also among the greatest.

There’s no Democratic and Republican seats or gyms or coffee shops at the Supreme Court. Every American should be able to celebrate the fact that we aspire to nine justices who are looking to defend our rights and to defend the Constitution, not to advance policy preferences.

‘Bush v. Gore’ gave us a president who lost the popular vote, eventually appointed two more justices, and led us into a war of choice while failing to regulate a financial system dependent on toxic mortgage-backed derivatives.

In ‘Bush v. Gore,’ five justices had a partisan outcome in mind and then made up the judicial principle to justify it, while claiming that the decision would not be precedent for any future cases.

We need more justices who will uphold the Constitution, follow the rule of law, and protect our Montana way of life.

The American people have made clear that they want justices who have proven records of judicial restraint – exactly the kind of justices that Obama and Biden cannot abide.

And I think within the pages of The Betrayal of America I think I present an overwhelming case that these five justices were up to no good, and they deliberately set out to hand the election to George Bush.

Within the pages of The Betrayal of America I prove that these justices were absolutely up to no good, and they deliberately set out to hand the election to George Bush.

It was OK for the media to pursue Former President Clinton year after year for lying about a private, consensual sexual affair, but we have five justices who committed one of the biggest crimes in American History, and it ceased to be a big story.

I think I present an overwhelming case that these five justices were up to no good, and they deliberately set out to hand the election to George Bush.

A national legal organization is giving very serious thought to using The Betrayal of America as a legal basis for asking the House Judiciary Committee to institute impeachment proceedings against these five justices.

To hear both critics and defenders talk about the fitness of Judge Sonia Sotomayor for the Supreme Court, you’d think the most successful Supreme Court justices had been warm, collegial consensus-builders. But history tells a different story.

We often imagine that the court serves as a sort of neutral umpire controlling the warring political branches. But this is mostly myth. The justices of the Supreme Court are themselves actors in the struggle for power, and when they intervene, they think carefully about how their decisions will affect the court’s own legitimacy and authority.

Roosevelt got a chance to name an amazing nine justices of the Supreme Court. He was not namby-pamby on this question. He wanted people who shared his views, he wanted liberals, and he wanted lots of them.

Strangely enough, politics may just be the one realm in which having kids imposes no penalty on women. Kids are practically a necessity. For scientists, or Supreme Court justices, or chief executives, or the woman who wants to learn to fly F-l8s off an aircraft carrier, it works differently.

I think that the justices were totally answering the way that they should. I think that the senators, as best I could tell, for the most part, Democrat and Republican, respected that.

Hillary Clinton will nominate justices to the Supreme Court who are prepared to overturn Citizens United and end the movement toward oligarchy that we are seeing in this country.

It’s sobering to think of the seventeen chief justices; certainly a solid majority of them have to be characterized as failures. The successful ones are hard to number.

A chief justice’s authority is really quite limited, and the dynamic among all the justices is going to affect whether he can accomplish much or not. There is this convention of referring to the Taney Court, the Marshall Court, the Fuller Court, but a chief justice has the same vote that everyone else has.

While some of the tales of woe emanating from the court are enough to bring tears to the eyes, it is true that only Supreme Court justices and schoolchildren are expected to and do take the entire summer off.

When I worked in the Department of Justice, in the office of the solicitor general, it was my job to argue cases for the United States before the Supreme court. I always found it very moving to stand before the justices and say, ‘I speak for my country.’

I have strong differences with Mr. Trump on a woman’s right to choose and what kind of justices belong on the Supreme Court.

Gays and lesbians gained rights in this country though activism and organizing, creating political space and demanding change so that lawmakers and justices could do what they knew was right. That organizing allowed Americans to get to know gays and lesbians as our daughters and sons, our neighbors, and our friends.

Many voters think about the makeup of the Supreme Court when they are choosing a president. The justices deal not only with constitutional issues but also with social issues that were unknown to the founding fathers who wrote the Constitution more than 200 years ago.

Supreme Court justices should not be an extension of the Republican Party.

This is the most historic moment in Supreme Court history in our lifetime, no question about it. These are justices who are going to serve for decades.

‘Empathy’ is the latest code word for liberal activism, for treating the Constitution as malleable clay to be kneaded and molded in whatever form justices want. It represents an expansive view of the judiciary in which courts create policy that couldn’t pass the legislative branch or, if it did, would generate voter backlash.

We current justices read the Constitution in the only way that we can: as 20th-century Americans.

I actually had the opportunity to stand at the lectern in the Supreme Court and face the justices, which was really a powerful thing for me.

Unanimity is important because it signals that the justices can rise above their differences and interpret the law without partisanship.

It is a mistake to suppose that the Supreme Court is either honoured or helped by being spoken of as beyond criticism. On the contrary, the life and character of its justices should be the objects of constant watchfulness by all, and its judgments subject to the freest criticism.

I owe a debt of gratitude to two other living Justices. Sandra Day O’Connor and Ruth Bader Ginsburg paved the way for me and so many other women in my generation. Their pioneering lives have created boundless possibilities for women in the law. I thank them for their inspiration and also for the personal kindnesses they have shown me.

Justices are not politicians. They don’t run on a political platform, and senators should not ask them to do so.

Ruth Bader Ginsburg is the most liberal and illumined of the nine Justices of the U.S. Supreme Court.

I think there needs to be a range of justices, of all types. You can’t just pick one type.

Justices make the use of powers given by statute, honor or principles to facilitate equal treatment and due remuneration.