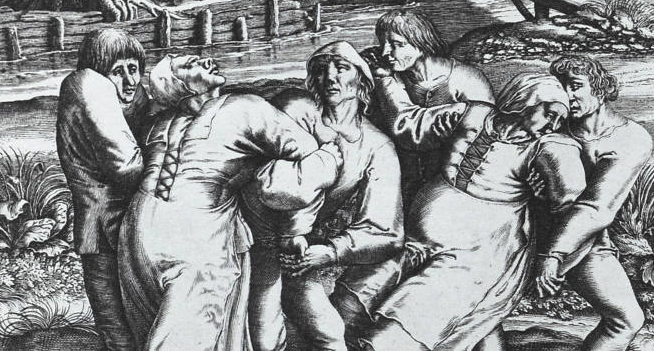 Trauma and sexual abuse are two of our most pressing human and societal problems. They must be studied by unbiased scientific investigation rather than polarized by hysteria and politics.

It is part of the general pattern of misguided policy that our country is now geared to an arms economy which was bred in an artificially induced psychosis of war hysteria and nurtured upon an incessant propaganda of fear.

Our country is now geared to an arms economy bred in an artificially induced psychosis of war hysteria and an incessant propaganda of fear.

In the early 1940s, as a young teenager, I was utterly appalled by the racist and jingoist hysteria of the anti-Japanese propaganda. The Germans were evil, but treated with some respect: They were, after all, blond Aryan types, just like our imaginary self-image. Japanese were mere vermin, to be crushed like ants.

I have cultivated my hysteria with pleasure and terror.

There’s clearly a lot of Ludditism, and you see it in all the hysteria about every scientific story.

I have found it easier to identify with the characters who verge upon hysteria, who were frightened of life, who were desperate to reach out to another person. But these seemingly fragile people are the strong people really.

Despite the hysteria from the political class and the media, smoking doesn’t kill.

With all of the hysteria, all of the fear, all of the phony science, could it be that man-made global warming is the greatest hoax ever perpetrated on the American people? It sure sounds like it.

Our information network is much better protected than our railroad network, and someone who cracks a system is able to cause far less human damage than someone who derails a train. Why, then, has ‘computer crime’ caused so much hysteria? Perhaps because the public is so willing – eager, even – to be scared by bogeymen.

I’m way bigger than people think I am. I’m way bigger. I’ve been underrated all my life, and that’s fine. I have privacy. I can walk the street without being hassled. I can be a regular guy. The price to give that up is so horrible. When you become a part of the hysteria – it’s not completely in my hands – you have to hide.

On stage, we just want to generate hysteria. We don’t care about looking cool or posing.

When I’m saying hysteria, I’m referring to Freud, because all the women were coming to him with symptoms and seeking help, and he just called it hysteria.

The Rosenberg case had been orchestrated to an anti-Communist frenzy that matched the exuberant hysteria of the Nazi horror.

I don’t like to hurry. I’m not a conductor of the fast, fiery romantic type. I prefer Bruckner, with the sincerity of his musical language and the huge time spans in which his ideas develop, to Mahler, with his hysteria and self-indulgence.

But beyond the hysteria of phantom death panels, where is the abomination? Show me the provisions that will hurt consumers, because if you think a $110 billion a year tax break for working-class Americans to buy private health insurance is a government takeover, I welcome the debate.

I have stood on the front lines of the health care system as a doctor, patient and concerned parent. Those experiences have served as my guideposts throughout the struggle to reform America’s health care system. And it’s those same experiences that tell me that fear and election hysteria should not overshadow the reality of reform.

Rock and roll might be summed up as monotony tinged with hysteria.

There had to be a hysteria and a fear sent through America in order to get increased war budgets.

In fact, because of this deep desire for peace, the ruling class leaders of this land, from 1945 on, stepped up the hysteria and propaganda to drive into American minds the false notion that danger threatened them from the East.

One always writes comedy at the moment of deepest hysteria.

I exist in a state of almost perpetual hysteria.

Getting older is a struggle. I always feel that just under the surface of acceptance and enjoyment of the ageing process is a terrible hysteria just waiting to burst out.

There is, of course, no larger mass hysteria in American history than the epidemic of racism.

I am not looking or thinking that every move of mine will generate mass hysteria.

I held a conference in Harvard where Americans said they didn’t believe in risk. They thought it was just European hysteria. Then the terrorist attacks happened and there was a complete conversion. Suddenly terrorism was the central risk.

At 8, I got my first cassette, which was Def Leppard’s ‘Hysteria.’

Going to the darkest place you can to make yourself really upset and adding that with the physicality and running around, you can work yourself into hysteria that way.

Pain is real when you get other people to believe in it. If no one believes in it but you, your pain is madness or hysteria.

Hysteria is something that I’ve been interested for a very long time. I thought I might have it, but it seems that it’s unlikely.

We are in control, they are in a state of hysteria. Losers, they think that by killing civilians and trying to distort the feelings of the people they will win. I think they will not win, those bastards.

Female hysteria is a subject I’m very fond of. I always try to bring it in somewhere. For me, it is the finest part of the line between comedy and tragedy.

Apocalyptic hysteria is much more effective at getting people to open their wallets than reasonable commentary.

To try to write love is to confront the muck of language: that region of hysteria where language is both too much and too little, excessive and impoverished.

In the age of global warming hysteria and the $93 trillion ‘Green’ New Deal, leftist advocates for more government intervention in the economy under the guise of environmentalism have engaged in a new smear: If you don’t buy into climate change hysteria, you’re a ‘denier’ who doesn’t care about the environment.

I have just been working with Maggie Gyllenhaal, who is also a mum, on a movie called ‘Hysteria.’ She is everywhere because of the nature of film work. Not that I’m name dropping or anything like that. I have to pinch myself when I remember who I’ve been working with.

So many times I’ve wanted to crack up, standing there stiff while seven women are crawling round my toes fixing hems and the designer’s having a freak-out because the denim cuffs are crooked. I’m on the verge of hysteria.

With the sugar market hysteria, the people are obviously worried and expect higher inflation. When this hysteria subsides, which we’re probably observing, then I hope that people will also get less worried about the future of inflation.

I’m interested in taking hold of the dull truth narrative and finding inside it the transcendence and spirituality and hysteria normally associated with religion.

I was caught up in the hysteria during the Vietnam era, which was brought about through Marxist propaganda underlying the so-called peace movement.

While many liberals have dismissed the idea of political correctness as a right-wing manufactured hysteria, it is in fact a real thing.

Researchers, treatment providers – we all have a stake in the drug hysteria game.

Too often, ill-informed rhetoric has led to emotional hysteria that obfuscates solid evidence regarding the real problems faced by poor people and, in overwhelmingly great proportions, by black people.

There’s an overwhelming sense of paranoia in the suburbs. People there seem so much more paranoid to me than people in the city about their kids being kidnapped or their parties being raided or their drinks being spiked. There’s a kind of hysteria about that.

Honesty works against you in the entertainment field. I try to be a journalist and a documentarian, but that doesn’t mean that people are going to embrace it at the moment. The point is I’m leaving the mark of my hysteria and the political hysteria, and that’s it… I can only do what I do.

I admit to occasionally sharing the financial hysteria of the rest of the country, the urgency to save more for the family in case you can’t write any more.

Hysteria, epilepsy, tuberculosis, and cancer were all found to result from the erratic propensities of a past life.

I was four years old when Pearl Harbor was bombed on December 7, 1941 by Japan, and overnight, the world was plunged into a world war. America suddenly was swept up by hysteria.

Whatever hysteria exists is inflamed by mystery, suspicion and secrecy. Hard and exact facts will cool it.

Unfortunately the global warming hysteria, as I see it, is driven by politics more than by science.

Even in an enlightened democracy, the media have to check themselves to make sure they are not contributing to an unnecessary mass hysteria.

I’ve always been into easy music. When I was 15, the record for me was ‘Hysteria’ by Def Leppard.

When you live in hysteria, people start thinking emotionally.

More than two decades after the birth of Louise Brown, and all the hysteria that surrounded her ‘test tube’ conception, we should know that institutions, not technologies, create dystopias. Artificially conceived children are everywhere, beloved by their parents, and they haven’t radically altered our world.

By giving unusual people an easy way to find one another, the Internet has also enabled them to pool rare talents, resources, and voices, then push their case into public consciousness. The response, in many cases, is a kind of hysteria.

I don’t think I’m ever going to get to the point where people run across a freeway to take a picture of me. I really don’t see it getting to that level of hysteria unless I have an affair with the Queen of Sweden or something like that.

Dinner ‘conversation’ at the Cohens’ meant my sister, mom, and I relaying in brutal detail the day’s events in a state of amplified hysteria, while my father listened to his own smooth jazz station in his head.

Colloquially, hysteria means ungovernable emotional insanity and can refer to a temporary state of mind or emotion; however, hysteria was considered a diagnosable physical disorder in females, starting in 1900 B.C., and then changed to a mental condition in the 1500s.

Many prominent psychiatrists like Sigmund Freud and Jean-Martin Charcot devoted work to patients suffering from hysteria. Most Western medicine doctors do not actually recognize hysteria as a medical diagnosis.

Hysteria’s umbrella classification has been divided into a variety of medical types, including autism, histrionic personality disorder, conversion disorders, dissociative disorders, or other conditions.

Additionally , social anomalies, such as choosing not to marry, are no longer considered psychiatric conditions.