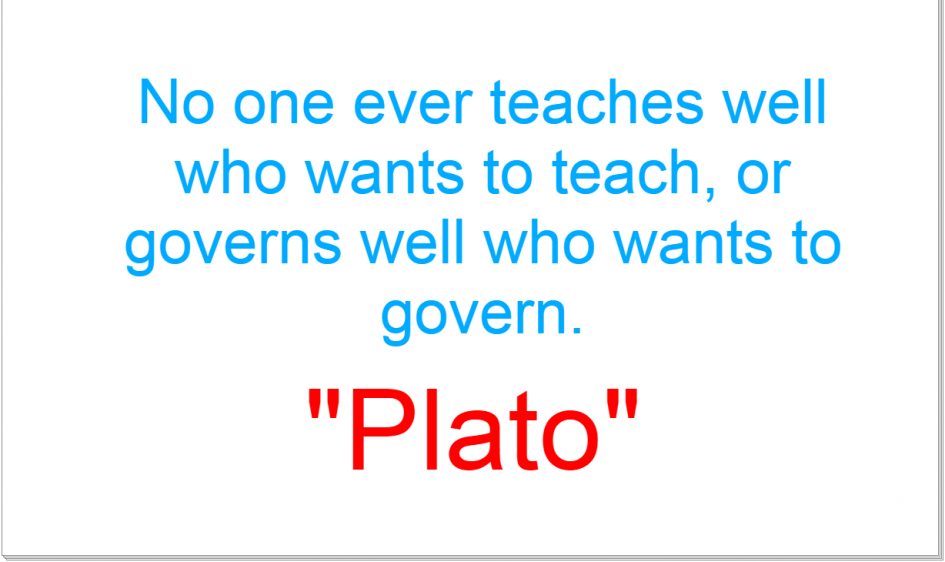 Attention may sound dull, but it is an essential aspect of consciousness. In fact, it governs what it is that we turn out to be conscious of, and therefore plays a part in the coming into being of whatever exists for us.

That government is best which governs least.

God made and governs the world invisibly, and has commanded us to love and worship him and no other God; to honor our parents and masters, and love our neighbours as ourselves; and to be temperate, just, and peaceable, and to be merciful even to brute beasts.

Praised be You, my Lord, through our Sister, Mother Earth, who sustains and governs us, producing varied fruits with coloured flowers and herbs.

There is but one law for all, namely that law which governs all law, the law of our Creator, the law of humanity, justice, equity – the law of nature and of nations.

The highest manifestation of life consists in this: that a being governs its own actions. A thing which is always subject to the direction of another is somewhat of a dead thing.

‘Tis skill, not strength, that governs a ship.

Consciousness conceives, governs, constructs, and becomes the activity of the body.

Law in general is human reason, inasmuch as it governs all the inhabitants of the earth: the political and civil laws of each nation ought to be only the particular cases in which human reason is applied.

The sky is the source of light in nature – and governs everything.

For millions of Americans who happen to be black or brown, that core bond of trust with the government that governs closest to you, is too often broken.

Your tendency to be inward-directed or outward-directed is huge; it governs every part of the way you live and work and love.

We have forgotten that we have not come to an empty land to inherit it, but we have come to conquer a country from people inhabiting it, that governs it by the virtue of its language and savage culture.

In America the President reigns for four years, and Journalism governs forever and ever.

Although England, and the rest of the United Kingdom, possesses momentous constitutional texts and significant statutes, since the 1600s there has been no systematic attempt to codify the powers and limits of the British executive and the rights of those it governs.

The biggest problem for the Republican Party has never been its primary calendar, its campaign tactics, or a lack of trainings. The party’s biggest problem is what it believes, what it says, and how it governs.

How a candidate runs shapes how a president governs.

The Tory party is at is strongest when it is in tune with the hopes and aspirations of Britain’s hard-working, law-abiding majority, and when it governs through clear Conservative principles.

I consider myself an activist who governs.

The Internet was invented in an age when our entire approach to regulation has been extremely lax, and so you’d think, ‘OK, there might be a law on the books that governs how these corporations can handle our data.’

I learned that the problems that we have are not solved by blaming somebody else, and that our hope is not in who governs us as a nation. It’s not in Mitt Romney or Barack Obama or Ron Paul. Our hope is in the power of God and his gospel working in the hearts of people.

My real adversary has no name, no face, no party. It will never be elected, yet it governs – the adversary is the world of finance.

There are standards of the game that FIFA governs and promises to uphold.

There is no one, who possesses intelligence and uses reflection, who does not understand that it is one Being who both created all things and governs them with the same energy by which He created them.

In the first quarter of the nineteenth century the experimental proof for the interdependence of the composition and properties of chemical compounds resulted in the theory that they are mutually related, so that like composition governs like properties, and conversely.

I love learning about the science that governs the universe around us and want to share the delight of discovering how things work and why.

My book is focused on the power of the American state, not least because the government of the United States governs so much that the case could be made that everybody around the world ought to have a vote in determining some of its policies.

The musician writes for the orchestra what his inner voice sings to him; the painter rarely relies without disadvantage solely upon the images which his inner eye presents to him; nature gives him his forms, study governs his combinations of them.

January is the beginning of a new year for us in the Western world. Let us give to God what belongs to him: the first hours of our day, the first month of the year, the first of our increase, the first in every area of our life. It’s devoted… The principle of first fruits is that when you give God the first, he governs the rest and redeems in.

Science shows us truth and beauty and fills each day with a fresh wonder of the exquisite order which governs our world.

Gather all Leaves in the hour of that Planet that governs them.

The government that governs from afar absolutely requires that the truth and the facts reach its knowledge by every possible channel, so that it may weigh and estimate them better, and this need increases when a country like the Philippines is concerned, where the inhabitants speak and complain in a language unknown to the authorities.

Exposing police lying is difficult largely because it is rare for the police to admit their own lies or to acknowledge the lies of other officers. This reluctance derives partly from the code of silence that governs police practice and from the ways in which the system of mass incarceration is structured to reward dishonesty.

There seems to be a law that governs all our actions so I never make plans.

The ability to choose who governs us, and the freedom to change laws we do not like, were secured for us in the past by radicals and liberals who took power from unaccountable elites and placed it in the hands of the people.

Victims suggest innocence. And innocence, by the inexorable logic that governs all relational terms, suggests guilt.

But this is neither here nor there why do I mention it? Ask my pen, it governs me, I govern not it.

The liberal vision of America is that it should be less arrogant, less unilateral, more internationalist. In Obama’s view, America would subsume itself under a fuzzy internationalism in which the international community, which I think is a fiction, governs itself through the U.N.

Nature governs man by no principle more fixed than that which leads him to pursue his interest.

I believe that all centers that appear in space – whether they originate in biology, in physical forces, in pure geometry, in color – are alike simply in that they all animate space. It is this animated space that has its functional effect upon the world, that determines the way things work, that governs the presence of harmony and life.

On the other hand, if the free world is concerned with how a new Palestinian leader governs, then the peace process will have a real chance to succeed.

And, indeed, though they differ concerning other things, yet all agree in this: that they think there is one Supreme Being that made and governs the world, whom they call, in the language of their country, Mithras.

It is advertising and the logic of consumerism that governs the depiction of reality in the mass media.

The general will rules in society as the private will governs each separate individual.

The Government shall conduct the policies, actions and affairs of  (state, organization, or people) with authority.