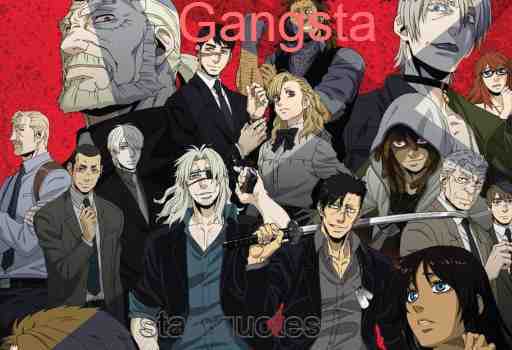 There’s a lot of guys in the league that make music and it’s hardcore gangsta rap. None of us really live that life and you can’t talk about being a thug.

I’m usually bored with both gangsta rappers and underground ones, too.

Who gave it that title, gangsta rap? It’s reality rap. It’s about what’s really going on.

Gangsta to us didn’t have anything to do with Al Capone and stuff like that. It’s just about living your life the way you want to live it. And you’re not going to let nothing stop you.

I’m not a gangsta.

Some people say I’m conscious, some say I’m a gangsta rapper – it’s just me doing me. I’m stomping in my own lane. I’m doing what I do.

Poverty brings people to drastic measures and that’s what the hardcore gangsta rap scene is about. It’s called freedom of expression. People should be allowed to express what they’ve been through, what they’ve been able to familiarize themselves with.

When I hung out with my Uncle Chris, things got real. He was fun, talkative, and loud. He was the life of the party and a magnet for mischief. Since he saw the world through a gangsta’s lens, he wanted me to become tough and aggressive.

I’m not really gangsta. Not at all. I just write about them. It’s fun to pretend, at least on paper. But in real life, not so much.

I’m in prison. But my heart and mind is free. Gangsta haters on the streets are doing more time than me. They need 30 police escorts with them every time they walk down the street.

There’s some dudes that did Gangsta Grillz tapes who probably weren’t worthy of it – their label just put up the bread, or they did a favor.

I’m a culinary gangsta with a very spiritual side, so when I was introduced to the ‘spiritual gangster’ line, I had to have it.

I always saw two sides of life. I saw the dudes who would be the gangsta, big-time guys on the block, but would also be dedicated fathers. It was kind of weird to see that dual story that everybody has.

I would suggest that teachers show their students concrete examples of the negative effects of the actions that gangsta rappers glorify.

When you are culture, you’re forever young, like Snoop. When you’re on that level, it’s just contributing to the gangsta.

People say I contradict myself because I come gangsta and teach at the same time. I don’t want to be too much on either side, but I do want to speak to all audiences.

If the KKK was smart enough, they would’ve created gangsta rap because it’s such a caricature of black culture and black masculinity.

I don’t think any gay dude is gangsta, period.

Now I will bop my head to gangsta music – I’m not going to lie.

I wanted to be a gangsta from birth, not because of the music but moreso what I was seeing, what my uncles were doing. I was just fascinated with the street lifestyle from a young age.

I’m just disillusioned with the hip-hop sound right now. It’s too materialistic. You know, I’m the kind of guy … I can’t do that. If you track my movement, you’ll never see a picture of me with any girl that wasn’t mine, or my own car. My jewelry, my clothes. What kind of gangsta rapper has a stylist? A stylist?!

‘Gangsta rap’ is a derogatory label.

Sonnymoon and Quadrants are a couple of bands that really inspire me in terms of the melodics of things and certain tones and just what feels good. It takes me back to the type of music that I grew up on in my household. We played a lot of gangsta rap, but we also played a lot of oldies, and I think that mix is part of what inspires my sound.

But, Eminem… No, I’ve loved rap for a long time, especially when it got out of its first period and became this gangsta rap, ya know this heavy rap thing? That’s when I started to fall in love with it. I loved the lyrics. I loved the beat.

As we all know, the evil of slavery and the sting of the whip have given us many things including the voice of Nina Simone, the prose of James Baldwin, the Air Jordan sneaker, the blues, jazz, moonwalking, and more recently gangsta rap.

For all my proclivities for thuggery, I am a typical middle-class dad. I’m a gangsta rap suburban father!

There are people there who live, work, and have lives. Not everybody who lives in Detroit is a gangsta.

Gangsta rap was the most important movement since the beginning of rock n’ roll.

I felt like I related to East Coast lyricism a little more. Because I couldn’t be super gangsta.

In hip hop, ‘real’ has always meant one who represents in actuality what they present in imagery. For instance, once upon a time, if a rapper spoke about being gangsta, they needed to truly be that, or they were ‘frontin.’

Part of my affinity with urban music comes from being on ‘Kids Incorporated,’ ‘cos we used to sit around and listen to Chaka Khan and Prince, and I got influenced by all that. Then gangsta rap got started, and I was infatuated with that – maybe that’s why I’m fascinated by guns.

Rick Ross is bigger to me than Dizzee Rascal. My music is more gangsta rap than anything English.

Gangsta to me is the Black Panther Party.

I just want to put my stamp on all kinds of music. Everything I do is going to be gangsta rap, street-based, street-oriented.

There is some gangsta music I like, like Biggie Smalls – he reminds me of Slick Rick -doing the same thing, but he did it in a really artistic way.

Nas always been my favorite rapper, but 50 Cent, he changed my way of thinking about music ’cause he was so detailed in his music, I knew that wasn’t lying. I never felt Tupac that way; I never felt Biggie that way. I love Nas music, but I never felt and believed like, ‘This is for real.’ ‘Cause I grew up that gangsta lifestyle.

Gangsta rap or gangster rap, previously referred to as truth rap, is a subgenre of hip hop music that originated as a distinct yet extremely divisive one in the mid to late 1980s.