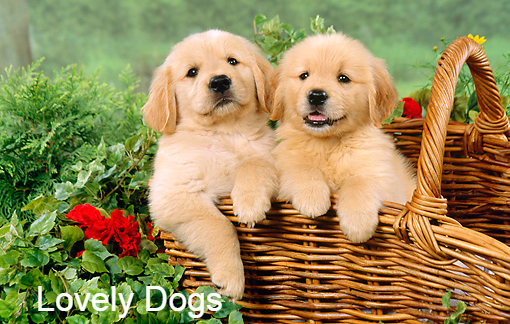 Dogs are as amusing as love. Want evidence? See the funny quotes below for the dog

My fashion philosophy is, if you’re not covered in dog hair, your life is empty.

No one appreciates the very special genius of your conversation as the dog does.

Scratch a dog and you’ll find a permanent job.

A boy can learn a lot from a dog: obedience, loyalty, and the importance of turning around three times before lying down.

When a man’s best friend is his dog, that dog has a problem.

Dogs have boundless enthusiasm but no sense of shame. I should have a dog as a life coach.

You want a friend in Washington? Get a dog.

The dog is the god of frolic.

Anybody who doesn’t know what soap tastes like never washed a dog.

What do dogs do on their day off? Can’t lie around – that’s their job.

I don’t understand people who don’t touch their pets. Their cat or dog is called a pet for a reason.

All his life he tried to be a good person. Many times, however, he failed. For after all, he was only human. He wasn’t a dog.

I like dogs. You always know what a dog is thinking. It has four moods. Happy, sad, cross, and concentrating. Also, dogs are faithful and they do not tell lies because they cannot talk.

I’ve seen a look in dogs’ eyes, a quickly vanishing look of amazed contempt, and I am convinced that basically dogs think humans are nuts.

They [dogs] never talk about themselves but listen to you while you talk about yourself, and keep up an appearance of being interested in the conversation.

The following dog quotes contain message of loyalty and friendship to dogs, inspiring feelings on our mates, and quotes which show how much our dogs love us. For this reason, these quotes add to your animal wall art  beautifully.

A dog is the only thing on earth that loves you more than you love yourself.

Animals have come to mean so much in our lives. We live in a fragmented and disconnected culture. Politics are ugly, religion is struggling, technology is stressful, and the economy is unfortunate. What’s one thing that we have in our lives that we can depend on? A dog or a cat loving us unconditionally, every day, very faithfully.

No matter how you’re feeling, a little dog gonna love you.

There’s a saying. If you want someone to love you forever, buy a dog, feed it and keep it around.

When the dog looks at you, the dog is not thinking what kind of a person you are. The dog is not judging you.

The great pleasure of a dog is that you may make a fool of yourself with him and not only will he not scold you, but he will make a fool of himself too.

Actually, my dog I think is the only person who consistently loves me all the time.


My main characters are the most sunny, happy, optimistic, loving creatures on the face of the Earth. I couldn’t be happier that’s where I start. I can put as many flawed people in the dog’s world as I like, but the dog doesn’t care. Dog doesn’t judge, dog doesn’t dislike. Dog loves. That’s not so bad.

Such short little lives our pets have to spend with us, and they spend most of it waiting for us to come home each day.

There is no faith which has never yet been broken, except that of a truly faithful dog


If you pick up a starving dog and make him prosperous he will not bite you. This is the principal difference between a dog and man.

A dog will make eye contact. A cat will, too, but a cat’s eyes don’t even look entirely warm-blooded to me, whereas a dog’s eyes look human except less guarded. A dog will look at you as if to say, ‘What do you want me to do for you? I’ll do anything for you.’ Whether a dog can in fact, do anything for you if you don’t have sheep [I never have] is another matter. The dog is willing.

Dogs have given us their absolute all. We are the center of their universe. We are the focus of their love and faith and trust. They serve us in return for scraps. It is without a doubt the best deal man has ever made.

Money can buy you a fine dog, but only love can make him wag his tail.


The dog is the perfect portrait subject. He doesn’t pose. He isn’t aware of the camera.

The love of a dog is a pure thing. He gives you a trust which is total. You must not betray it.

You know, a dog can snap you out of any kind of bad mood that you’re in faster than you can think of.

My favorite type of pet has always been a dog. They’re loyal, kind, and offer endless affection. My friend Eric says, ‘The more people I meet, the more I like my dog.’ Funny thought.” – Brendon Urie

You can tell by the kindness of a dog how a human should be.

The dog lives for the day, the hour, even the moment.

Every dog must have his day.

Dogs do speak, but only to those who know how to listen.

You can usually tell that a man is good if he has a dog who loves him.

I think dogs are the most amazing creatures; they give unconditional love. For me, they are the role model for being alive.

It’s just the most amazing thing to love a dog, isn’t it? It makes our relationships with people seem as boring as a bowl of oatmeal.

The bond with a true dog is as lasting as the ties of this earth will ever be.


Before you get a dog, you can’t quite imagine what living with one might be like; afterward, you can’t imagine living any other way.

Fall in love with a dog, and in many ways you enter a new orbit, a universe that features not just new colors but new rituals, new rules, a new way of experiencing attachment.


Everybody should have a shelter dog. It’s good for the soul.

The poor dog, in life the firmest friend. The first to welcome, foremost to defend.


The dog is a gentleman; I hope to go to his heaven not man’s.

It is amazing how much love and laughter they bring into our lives and even how much closer we become with each other because of them.


Petting, scratching, and cuddling a dog could be as soothing to the mind and heart as deep meditation and almost as good for the soul as prayer.

A dog will teach you unconditional love. If you can have that in your life, things won’t be too bad.

When we adopt a dog or any pet, we know it is going to end with us having to say goodbye, but we still do it. And we do it for a very good reason: They bring so much joy and optimism and happiness. They attack every moment of every day with that attitude.


When you adopt a dog, you have a lot of very good days and one very bad day.


Dogs’ lives are too short. Their only fault, really.


If there are no dogs in Heaven, then when I die I want to go where they went.

If I have any beliefs about immortality, it is that certain dogs I have known will go to heaven, and very, very few persons.

Dogs’ lives are short, too short, but you know that going in. You know the pain is coming, you’re going to lose a dog, and there’s going to be great anguish, so you live fully in the moment with her, never fail to share her joy or delight in her innocence, because you can’t support the illusion that a dog can be your lifelong companion. There’s such beauty in the hard honesty of that, in accepting and giving love while always aware that it comes with an unbearable price.


If you have a dog, you will most likely outlive it; to get a dog is to open yourself to profound joy and, prospectively, to equally profound sadness.

You think dogs will not be in heaven? I tell you, they will be there long before any of us.


Dogs die. But dogs live, too. Right up until they die, they live. They live brave, beautiful lives. They protect their families. And love us, and make our lives a little brighter, and they don’t waste time being afraid of tomorrow.

The average dog is a nicer person than the average person.

The dog lives for the day, the hour, even the moment.

If you want a friend, buy a dog.

I just want to be in my sweats, walk my dog, watch TV and eat pizza.


Everything I know I learned from dogs.

Dogs are not our whole life, but they make our lives whole.

Did you know that there are over 300 words for love in canine?

My little dog – a heartbeat at my feet.

Happiness is a warm puppy.

The best way to get a puppy is to beg for a baby brother– and they’ll settle for a puppy every time.


It is impossible to keep a straight face in the presence of one or more puppies.

Puppies are nature’s remedy for feeling unloved, plus numerous other ailments of life.

If it wasn’t for puppies, some people may never go for a walk.

Every puppy should have a boy.

People have been asking me if I was going to have kids, and I had puppies instead.